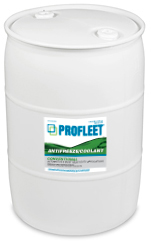 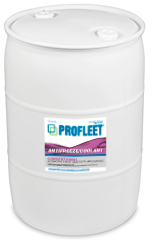 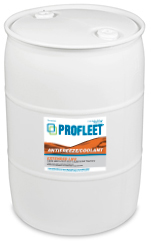 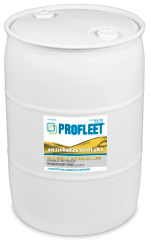 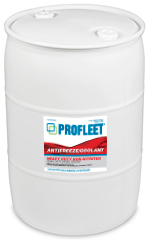 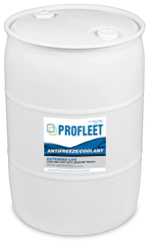 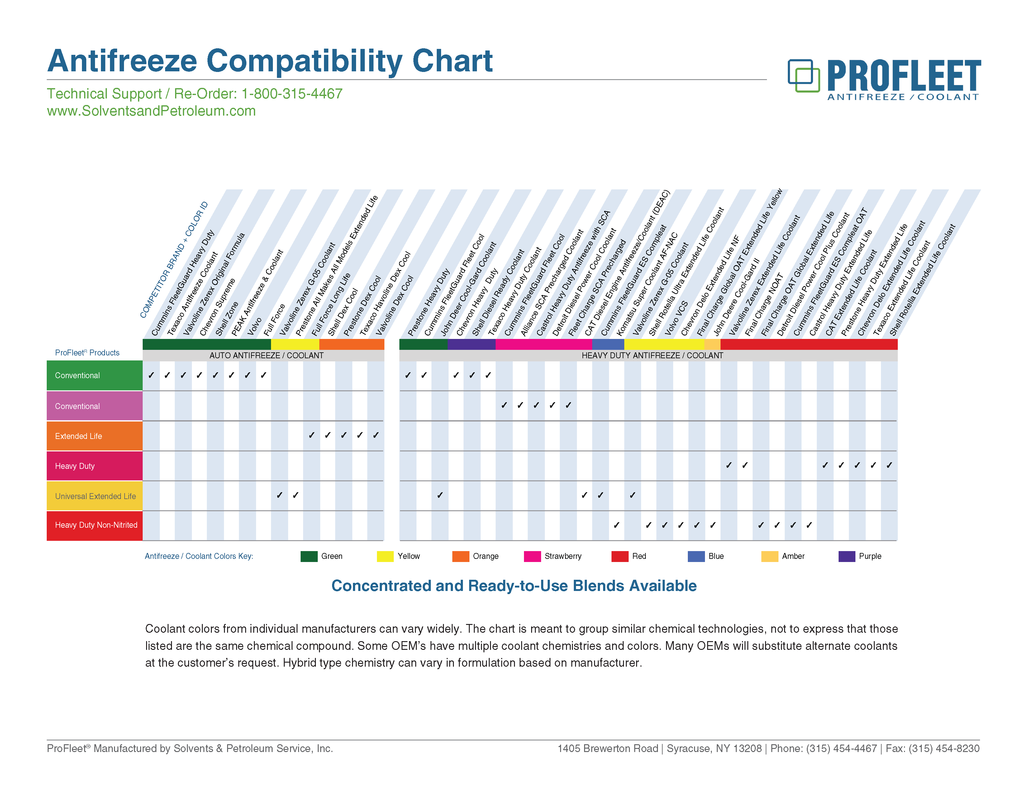 ​How can I protect the environment and myself from used antifreeze?

SPS encourages the proper handling and recycling of used antifreeze by offering best management practices to aid both consumers and businesses.

​Why do most vehicle and antifreeze manufacturers recommend using pre-diluted ready-to-use antifreeze?

If you mix antifreeze with distilled water at the ratio of one part antifreeze to one part water (50/50), you'll have freeze protection down to -34 F (if using a 15 PSI pressure cap) and boil-over protection up to 265 F. Never use antifreeze in a cooling system without adding water. It should make up at least 30% of the mixture.

​How much water should I mix with my antifreeze?

Using too much antifreeze or water can harm your vehicle. Up to 40% of engine failure is attributed to antifreeze mixing mistakes.

Using too much antifreeze can cause problems including corrosion, water pump failure, and increased engine wear. Increasing the concentration of ethylene glycol above 60% actually hurts the engine's freezing and overheating protection. More is not better!

Adding too much water to the cooling system causes the loss of corrosion protection.

​What type of water should I use in my radiator?

Water quality is critical. Vehicle manufacturers recommend mixing deionized/distilled water with antifreeze. Don’t use tap water, which may contain minerals that will corrode your cooling system. Do not use water softened with salts.

​What do the different colors of antifreeze indicate?

The color of antifreeze is determined by the inhibitor blends which is why antifreeze can vary in color. Contrary to popular belief, most antifreeze sold today is yellow.

Orange antifreeze is an extended-life type of antifreeze. It is ethylene glycol-based like most green antifreezes but contains different corrosion inhibitors.

Yes. Most antifreeze contains ethylene glycol, which is poisonous to both humans and animals when ingested in small dosages. It affects the central nervous system and can cause death.

The symptoms of antifreeze poisoning include vomiting, weakness, and loss of coordination. Contact your local poison control center for first aid information.

Less toxic propylene glycol is used in some types of antifreeze, but it can still cause harm if swallowed. Always keep antifreeze securely stored to protect yourself and others.

Toxic materials such as lead and benzene, found in automotive cooling systems, can also be present in used antifreeze.